The Xikar Turrim Single Lighter builds on the success of the Turrim 5x64. Its sophisticated and innovative flair proves itself worthy of being the successor of the popular Turrim 5x64. The Xikar Turrim Single Lighter is efficient, dependable, and easy to carry. With its shorter and slimmer size, it might be hard to believe that this cigar lighter is packed to the brim with the latest state-of-the-art lighter technology. The Xikar Turrim comes in five unique and gorgeous finishes that let it perfectly match its user's style. 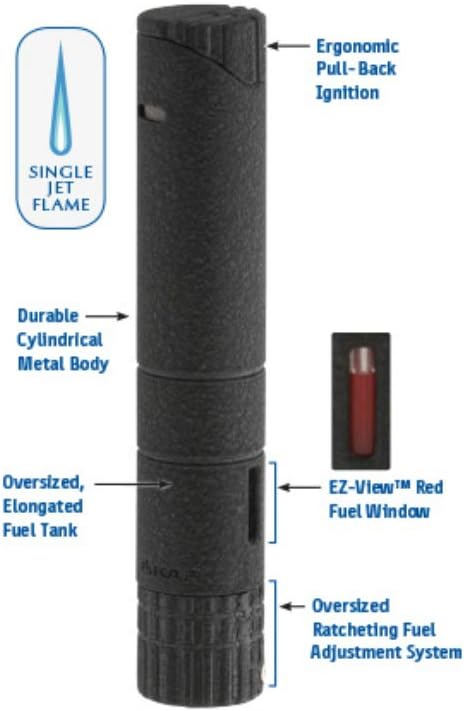 The Latest Features and Technology

The Xikar Turrim Single Lighter boasts an ergonomic pull-down ignition system that only needs one press to ignite a high-powered single jet flame. Speaking of its single jet flame, the Xikar Turrim Single Lighter comes with an innovative ratcheting flame adjuster that makes it easier than ever before to adjust the flame's intensity to your liking. This Xikar cigar lighter also comes with an extra-large fuel tank for fewer fill-ups, along with a convenient fuel level window that lets you double-check butane levels with ease.

Be the first to ask a question about this.